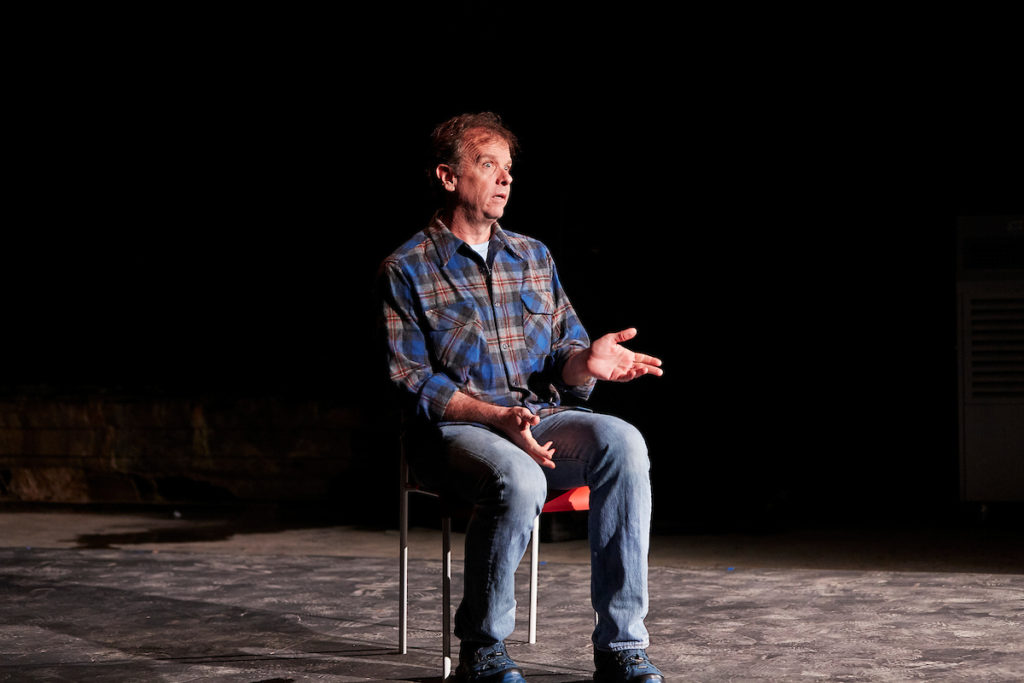 Looking out over the country, this country, where I was born and raised, I wonder what’s going to become of us. Because this can’t be the future, can it? Everyone just… changing the rules?

Roger thinks the world’s gone mad. He hates his job, his ex-wife torments him and to top it all, his girlfriend just discovered feminism. Roger’s about to lose his shit. Until he discovers Angry Alan: online activist and ‘voice of reason’…

In 2016, in the wake of Trump’s election, Penelope Skinner was inspired to write a play about the anger which is dominating today’s political landscape. In doing so she stumbled across the Men’s Right’s Movement and, along with American actor Donald Sage Mackay, began creating Angry Alan, a story about Roger, an ordinary American man being radicalised online by an extremist movement. Angry Alan explores how any extreme political viewpoint can take root in someone’s consciousness if they are vulnerable to it and how those who propagate such views may not be all that they seem.

Mackay is superb, and Skinner (who also directs) keeps it both simple and observant. She doesn’t seem to judge Roger at all – just to make us see more clearly the dangers of the kind of warped self-realisation he is encouraged by online forums to feel. It is a fierce, clear warning of what is going on, and it is utterly terrifying (What’s On Stage).

Angry Alan is a ruthlessly funny, timely and powerful play by one of the UK’s most significant feminist playwrights.

Penelope Skinner and Donald Sage Mackay comment, We were delighted with the response to Angry Alan in Edinburgh and are so pleased to be coming to the Soho Theatre. Soho feels like the perfect home for this piece. And in this fraught and polarised political climate, we are grateful for the opportunity to keep telling this story.