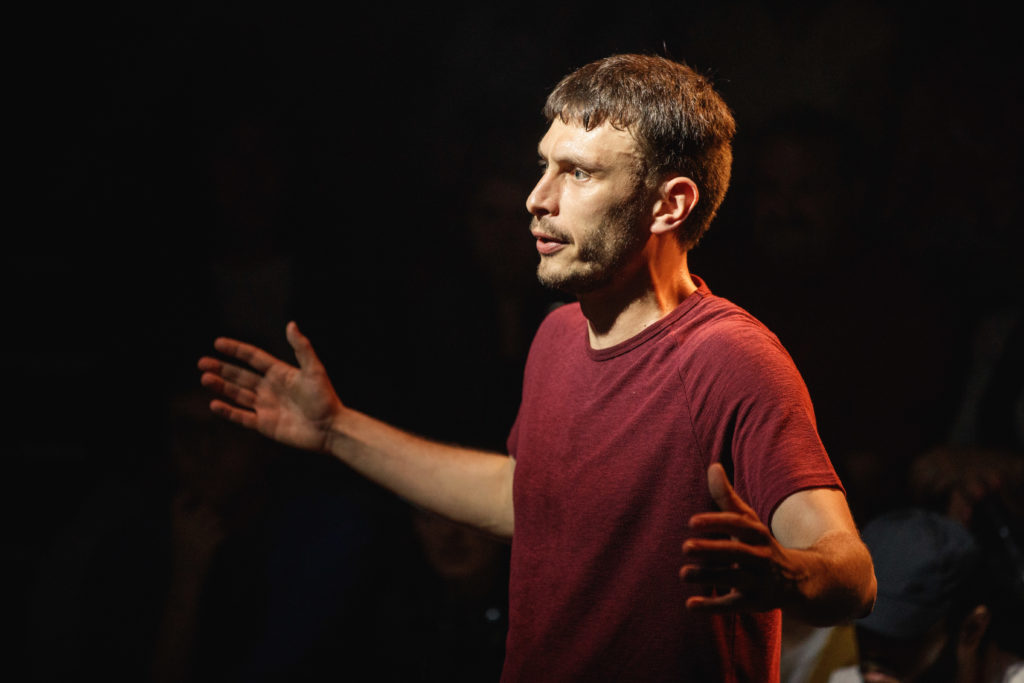 A harrowing story of how one act of kindness plunged Richard Gadd into six years of relentless stalking and harassment.

Tickets go on sale for the production today with over 500 tickets per week priced at £25 or less.

“I did question whether I deserved it. Where did my wrongdoing stop and hers begin?”

When award-winning comedian Richard Gadd offers a stranger a free cup of tea, he has no sense of the nightmare to come. One act of kindness. Six years of torment.

The sell-out smash hit of last year’s Edinburgh Fringe, Baby Reindeer is the “blistering” debut play (The Daily Telegraph) from Richard Gadd (Monkey See Monkey Do, Netflix’s Sex Education). Directed by Olivier Award-winner Jon Brittain (Rotterdam), this is a chilling personal account of compulsion, delusion and obsession. Some admirers simply won’t be shaken off. “A haunted, haunting hour.” (The Guardian).

Baby Reindeer will play a strictly limited London run at the Ambassadors Theatre ahead of a New York transfer to BAM in May 2020.

Richard Gadd said: “Baby Reindeer has been one of the most challenging, yet rewarding experiences of my life. With an incredible team behind me, I have pushed myself to ridiculous limits in a show I find incredibly hard to say and do. The show is about the past six years of my life. An incredibly complicated, messy, confusing, and ultimately challenging period of time at the hands of a serial stalker hell-bent on ruining my life. It is a period of my life that I still look back on to this day with much unease. How did it get as bad as it did? How was it allowed to go on for so long? Why was there no help for me? I feel a moral duty to let people know the terrifying reality of going through something like this. I am absolutely delighted to be in the West End at such a prestigious venue like the Ambassadors. It is all a dream come true.”

Francesca Moody said: “It has been truly incredible to watch the success of Richard’s remarkable theatrical debut in Edinburgh and then at the Bush Theatre. Baby Reindeer is one of the most original and brilliant pieces of theatre I have ever seen and I passionately believe that it should be experienced by as many people as possible. I am thrilled to be partnering with Sonia Friedman Productions to bring Baby Reindeer to the West-End and a wider audience.”

Sonia Friedman said: “In the early 2000s, I produced, programmed and oversaw dozens of productions at the Ambassadors Theatre. It occupies a special place in my heart as the venue where I learned to push the boundaries of what is possible in commercial theatre. SFP is thrilled to be returning with this extraordinary play featuring a truly break-out performance from Richard Gadd. Baby Reindeer is the first of several remarkable works my creative development team and I have sought out to bring to this beautiful and intimate venue. We are excited to present this original, vital, small-scale work which demands to be seen by a wider audience in London’s West End.”

Baby Reindeer will play at the Ambassadors Theatre from April 2nd – May 2nd 2020. Over 500 tickets each week will be priced at £25 or less.