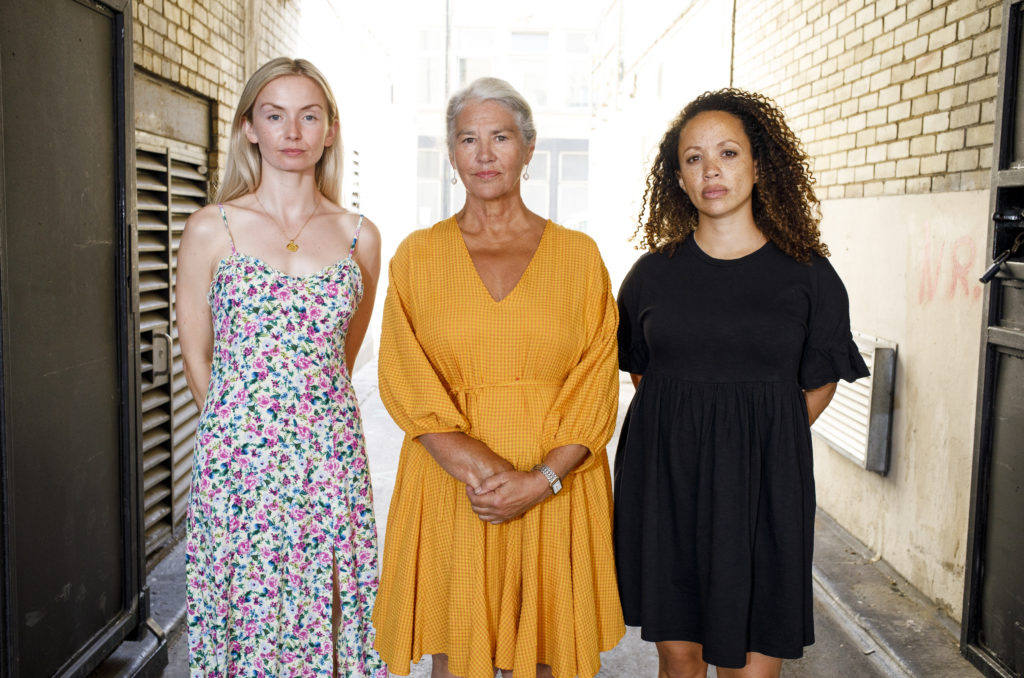 Francesca Moody Productions, Soho Theatre and Theatre Royal Plymouth in association with Popcorn Group are delighted to announce Sophie Melville, Denise Black and Cat Simmons will appear in the world premiere of MUM. This provocative and unflinching portrayal of early motherhood and mental health, written by Olivier award-winning playwright Morgan Lloyd Malcolm (Emilia, The Globe/ West End) and directed by Abigail Graham (soon to also direct Aladdin at Lyric Hammersmith) will run at Theatre Royal Plymouth from 30 September – 16 October before transferring to Soho Theatre from 20 October – 20 November where it will have a press night on Tuesday 26 October.

Sophie Melville, whose credits include Iphigenia in Splott (for which she won The Stage Award for Acting Excellence, the Wales Theatre Award for Best Female Performance and was nominated for an Evening Standard Award and Drama Desk Award), Herding Cats (Soho Theatre), Pops (Roxy Theatre – for which she won The Stage Award for Outstanding Performance), the forthcoming Masks and Faces (Finborough Theatre) and on television Call the Midwife, The Pact and The Missing (all BBC) will play Nina. Denise Black, widely known for her leading TV roles in shows such as Coronation Street, Emmerdale (ITV) and Queer as Folk (Channel 4) as well as many acclaimed theatre performances including The Cherry Orchard (Sherman Theatre – for which she won the UK Theatre Award for best performance in a play) and Deep Blue Sea (Chichester Festival Theatre) will play Pearl. The cast is completed by Cat Simmons, who most recently appeared on stage in Come From Away (West-End), The Lady in the Van (Theatre Royal Bath) and One Love (Birmingham Rep) and whose TV credits include her long running role in The Bill (ITV), Killing Eve (BBC) and Vera (ITV) will play Jackie.