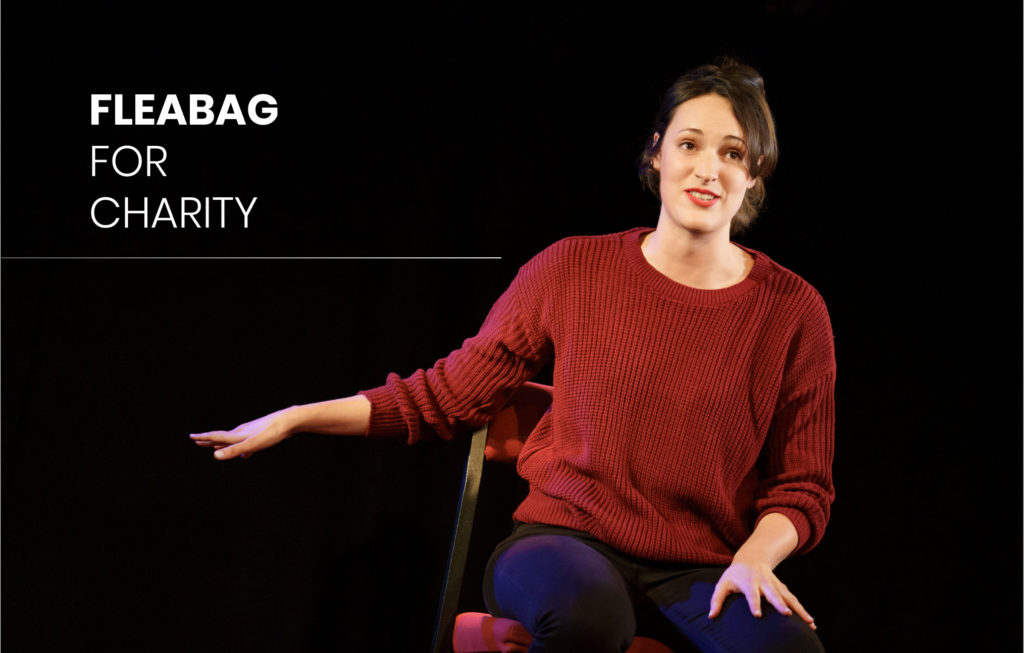 Phoebe Waller-Bridge, DryWrite, Soho Theatre and Annapurna Theatre, in partnership with National Theatre Live in London and Amazon Prime Video, have announced that the critically acclaimed filmed theater production of FLEABAG will now be available to stream through Sunday, May 31st to continue to raise funds for several charities that are on the front lines of combatting the COVID-19 pandemic and supporting those affected by it. The Fleabag for Charity initiative has already raised over one million dollars, with audiences streaming Waller-Bridge’s one-woman play in over 96 different countries.

The NT Live production is available for a 48-hour download for £4.00 (approximately $5.00 US) on Soho Theatre’s On Demand streaming site: https://www.ondemand.sohotheatre.com and Amazon Prime Video. All proceeds (less taxes and processing costs) are distributed to charities including The National Emergencies Trust (NET), NHS Charities Together, Acting For Others and Broadway Cares/Equity Fights AIDS (specifically their COVID-19 Emergency Assistance Fund) and the FLEABAG SUPPORT FUND.

Working in partnership with the Royal Theatrical Fund, the FLEABAG SUPPORT FUND will distribute grants of up to £2500 to freelancers in the UK theatre industry who have lost work as a result of the crisis and are in urgent financial need. First round applications will open via https://www.trtf.com/ on Monday April 27th and close Sunday 3rd May.

The FLEABAG SUPPORT FUND will continue to raise funds via the dedicated GoFundMe page, which can receive donations via this link: https://www.gofundme.com/f/fleabag-support-fund or via Instagram @FleabagforCharity.

Written by Phoebe Waller-Bridge and directed by Vicky Jones, produced under their DryWrite banner by Francesca Moody, the one-woman show played to a sold-out house at Wyndham’s Theatre in London’s West End last summer and a sold-out house Off Broadway in New York last Spring.

FLEABAG is produced by DryWrite, Soho Theatre and Annapurna Theatre.