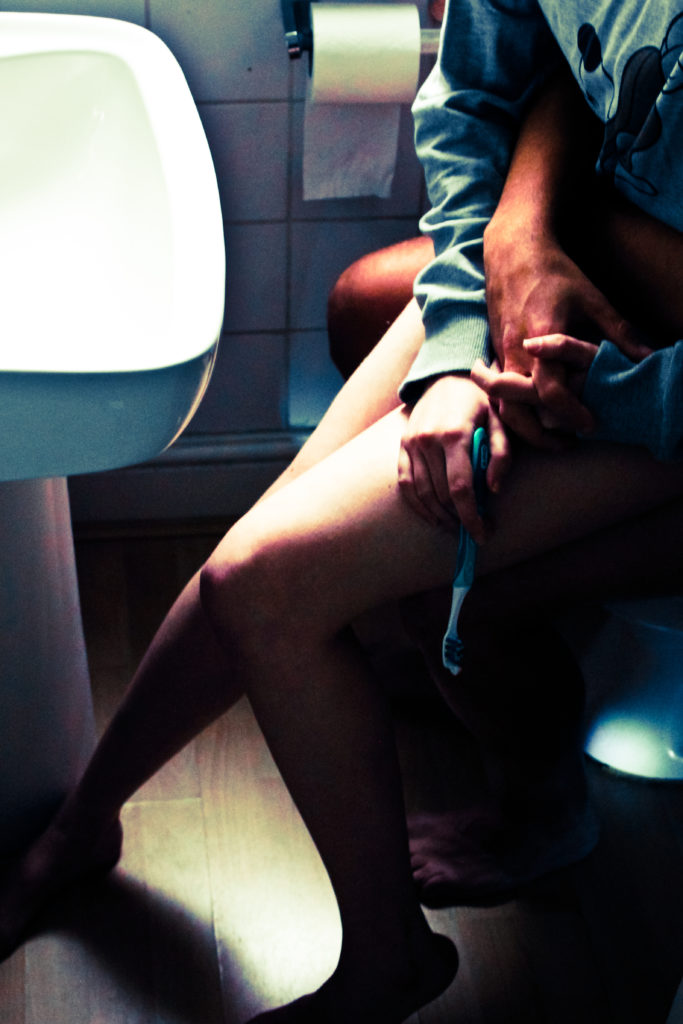 One bathroom. Two People. One day. A story of intimacy, fragility and the darker side of love.

“I thought this bath was about you reaching out to me, we’d have an emotional bath, discuss things of inconsequence and go to bed and I’d sit on your face. But instead – ”

“Vicky Jones’s deft production is full of lovely little touches and there is a wonderful quality of stillness to much of the action.” ★★★★ The Evening Standard

“The performances…are among the bravest and most true-to-life I’ve seen this year.” Time Out

“Vicky Jones’s production is so real, there are moments when you feel almost embarrassed to be present.'” ★★★★ The Metro

“Well worth seeing.” ★★★★ Independent on Sunday

“Thorne has long been a writer to watch, and with Mydidae he takes his place at the top table. Superb.” ★★★★★ Whatsonstage.com