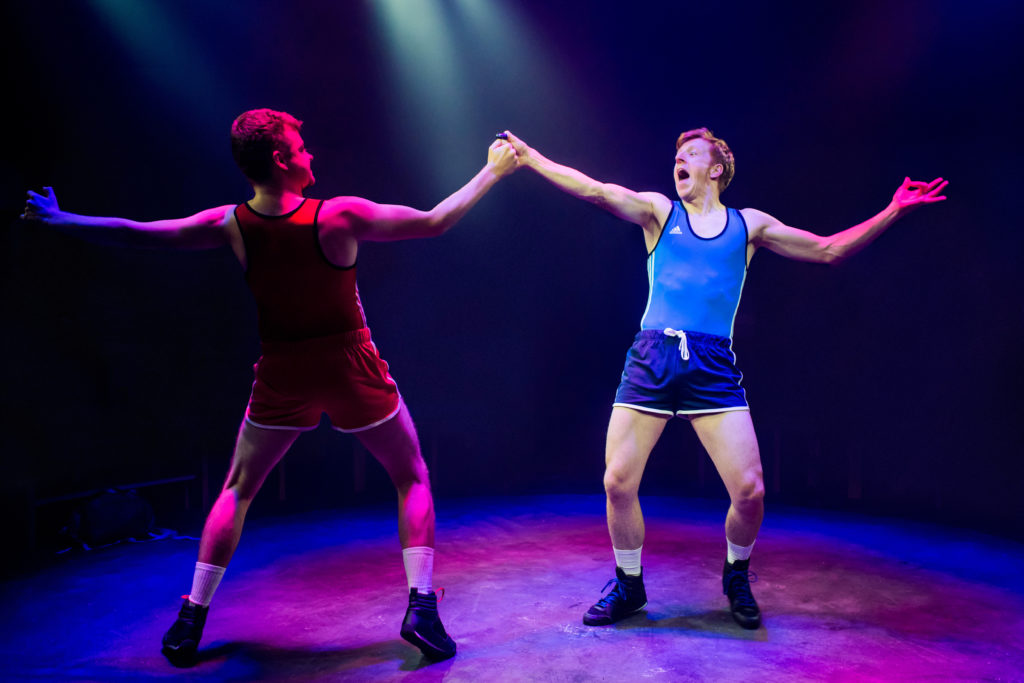 This raucous two-hander, set in a rousing atmosphere in the round, explores playground violence, myths of masculinity and the decision to step up or run. Square Go returns to the Edinburgh Fringe following a New York run, this time around starring Game of Thrones’ Daniel Portman (Podrick Payne in the HBO series) in the role of Max.

Presented by a creative team of Fringe First winners (director, writers and producer) and featuring an original score by members of Scottish band Frightened Rabbit, the play is centred around Max, a normal-ish kid in a normal-ish town in Scotland. Max spends his days daydreaming and hanging out with his weird wee pal Stevie Nimmo. When Max is called for his first square go – a fight by the school gates – it’s his own demons he must wrestle with first. This unmissable collaboration provokes discussion around what it means to be a man, how young men learn the rules of manhood and make sense of their place in the world.

Kieran Hurley and Gary McNair said: “Square Go is a play about two young boys in an average town in Scotland, facing up to and trying to make sense of the expectations put on them as young men. Of course they fail, because these masculine ideals are impossible and violent and stupid – but they don’t know that yet so they try to wade through the shit regardless. We were bowled over with the reaction to the show last year and can’t wait to unleash these characters on fringe audiences again. We’ve got an incredible team in Finn and Francesca and are so excited to have Gavin back and to be working with Daniel for the first time. We also feel beyond happy to be back at Paines Plough’s Roundabout, we could not think of a more perfect venue for this show.”