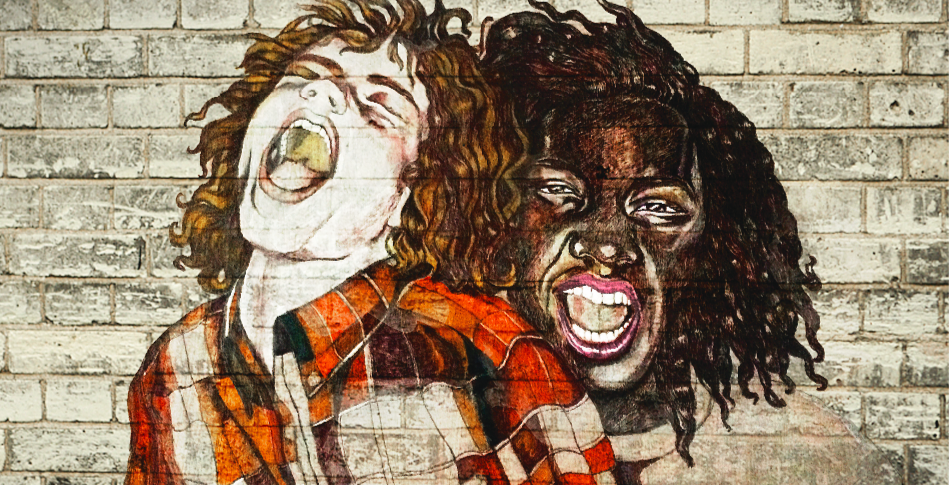 From BAFTA nominated writer, Gabriel Bisset-Smith comes the hilarious, devastating and timely world premiere of Whitewash. A love letter to London exploring race, family and identity in the ever-changing face of the city. Whitewash is the final production that will be directed by Soho Theatre’s Associate Director Charlotte Bennett (RashDash, Rattlesnake, Happy Hour), produced by Francesca Moody Productions (Angry Alan, Square Go) in a co-production with Soho Theatre and with development support from DryWrite.

Mary’s trying to be the best parent that she can, but that’s hard when you’re a single mum bringing up your kids in social housing and when people think that you’ve kidnapped your child.

Inspired by Gabriel’s own experience of being from Jamaican mixed heritage but white-passing and growing up in North London social housing, Whitewash is the story of Mary and Lysander – a mixed-race woman and her very white son. Looking at where race and class intersect, Whitewash asks how you find a sense of belonging and identity when you neither look like your own family nor no longer recognise the city around you.

Charlotte Bennett said: ‘I am thrilled to be directing Whitewash. Gabriel is a distinct theatrical voice who I have championed and worked with over ten years. This story is a unique, bold and moving portrait of London, told through his personal experience of searching for his own sense of identity in an ever-changing city. I am so excited to share it with Soho audiences this summer.’

Gabriel Bisset-Smith said: ‘This play is the most personal and challenging thing I’ve ever written, and I couldn’t be happier that it’s going on at the Soho Theatre. They have supported me from the very beginning of my career and where better to stage a play about London than at the very heart of it.’

Vicky Jones and Phoebe Waller-Bridge, Co-Artistic Directors of DryWrite said: ‘Gabriel’s work has been making us laugh for a very long time. We can’t wait to see Whitewash, the most personal and moving thing he has written to date.’

Alongside the production there will be two post-show panel discussions on 13th and 27th July exploring the current issues faced by social housing with confirmed guests including George Bradley Director of Bradley Van Der Strasten architects and architect on ITV’s Love Your Home and Garden.