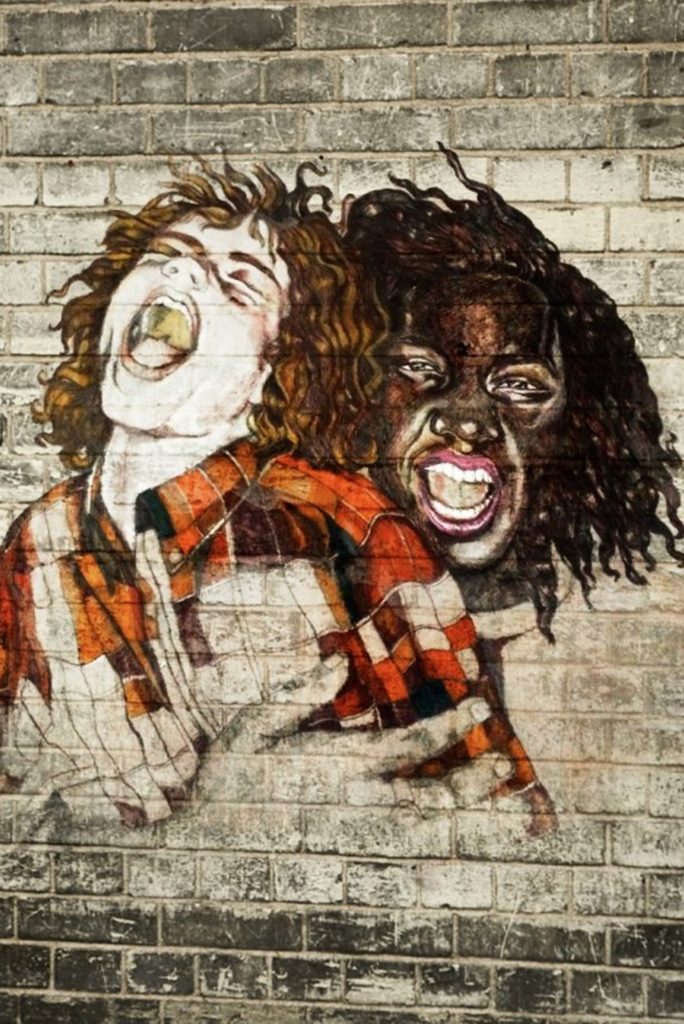 From BAFTA Nominated writer Gabriel Bisset-Smith comes a hilarious, devastating and timely world premiere; a love letter to London exploring race, family and where the hell all the good night clubs have gone.

It’s hard parenting a child that everyone thinks you’ve kidnapped. Spanning 30 years, from Jamaica to London, Whitewash is the story of Mary and Lysander, a mixed-race woman and her very white son.

When Lysander tries to redevelop the housing estate Mary brought him up on he believes he’s helping, but is he really just trying to erase his past?

Inspired by Gabriel’s own experience, this hilarious and devastating new play is an exploration of the intersection between race and class, identity and belonging. Who are you when you don’t look like your own family and no longer recognise the changing city around you?

“A blistering and entertaining examination of the privilege of disengagement” Exeunt

“Charlotte Bennett’s direction is filled with pure joy and intuition, encouraging Murrell and Bisset-Smith to take full ownership of the stage” ★★★★ A Younger Theatre

“It’s rare that a play teems with so many ideas while still managing to remain coherent, but Whitewash is that rare play.” ★★★★ Theatre Reviews Hub

“A moving, political exploration of what it means to belong” ★★★★ Timeout

NOMINATED Offie for Female Performance in a Play