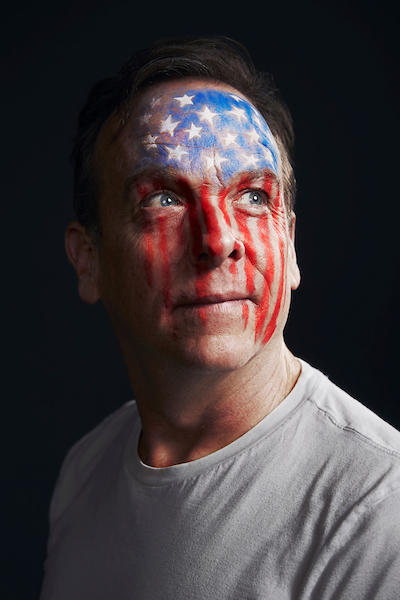 “Looking out over the country, this country, where I was born and raised, I wonder what’s going to become of us. Because this can’t be the future, can it? Everyone just… changing the rules?”

Roger thinks the world’s gone mad. He hates his job, his ex-wife torments him and to top it all, his girlfriend just discovered feminism. Roger’s about to lose his shit. Until he discovers Angry Alan: online activist and “voice of reason”…

A darkly comic play about masculinity in crisis by award-winning playwright Penelope Skinner, created with and performed by Donald Sage Mackay.

Francesca Moody Productions in association with Popcorn and SEArED Productions

“It is a fierce, clear warning of what is going on, and it is utterly terrifying” ★★★★ Whatsonstage

“Sage Mackay is brilliant” ★★★★★ i Newspaper

“A piece of taut, gut-punching writing” ★★★★★ The National

“Shows like Angry Alan, attempting to understand how men like Roger are bewitched by them, are a good, necessary thing and there should be more of them” ★★★★★The Skinny

Anyone leaving this performance unmoved has to be made of stone. Challenging, provocative and dark, with a powerful gut punch that will leave you speechless and forever changed” ★★★★★ Broadway Baby

“A force to be reckoned with” ★★★★★ Theatre Weekly