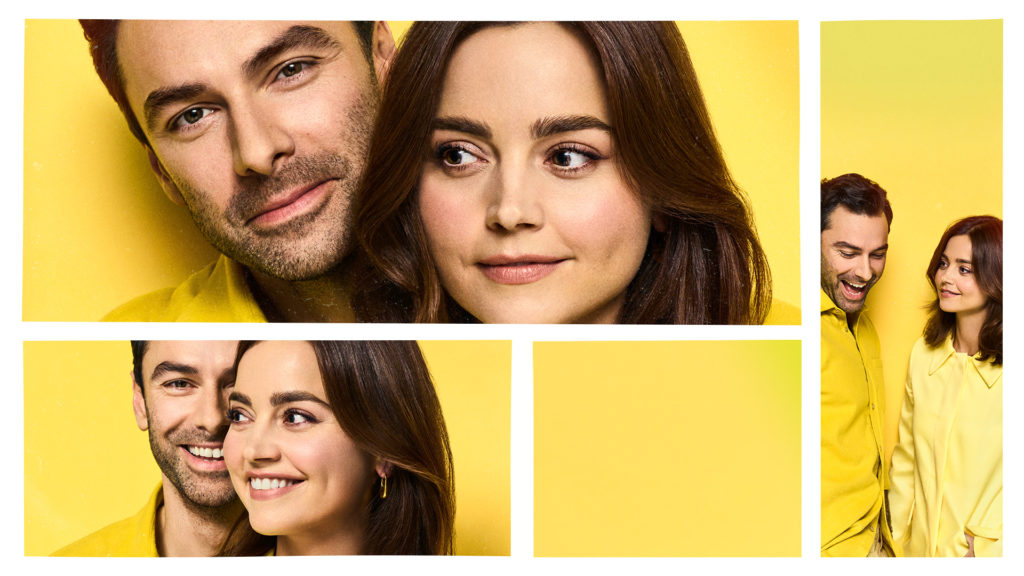 Jenna Coleman (The Serpent, BBC One; All My Sons, The Old Vic) and Aidan Turner (The Suspect, ITV; The Lieutenant of Inishmore, West End) will star in the West End premiere of Sam Steiner’s hilarious and provocative play Lemons Lemons Lemons Lemons Lemons directed by Josie Rourke (BAFTA and Oscar nominated Mary Queen of Scots, currently directing As You Like It, Soho Place).

“Writing ‘Lemons Lemons Lemons Lemons Lemons’ taught me how to be a playwright. The opportunity to revisit and grow the play all these years later and bring it to a larger audience with Josie, Aidan, Jenna and an alarmingly inspiring creative team is thrilling and confounding in equal measure. I hope it speaks to now in a way that I couldn’t have predicted then. And I hope to keep learning.“

“I’m thrilled to be working with these electric actors on this brilliant play. I feel we are in a moment where – however indirectly – theatre might help us digest how we lived and changed through the extremes of the past few years. Sam’s play finds the humanity in how people and couples work through extreme situations. There is the potential for great joy, fun, reflection and healing in that. “

Jenna Coleman is best known for her BAFTA-nominated performance as Clara in Dr Who and for playing the titular role in ITV’s Emmy-nominated series Victoria. She was most recently seen in a lead role as Marie-Andrée Leclerc in the hit limited series The Serpent for BBC/Netflix opposite Tahar Rahim and in the critically acclaimed miniseries The Cry for the BBC. On-stage, she was most recently seen at The Old Vic in All My Sons alongside Bill Pullman and Sally Field. She can currently seen in Neil Gaiman’s The Sandman for Netflix, opposite Charles Dance and Tom Sturridge (which was recently announced to return for further stories, on Netflix). Jenna will also star in Neil Maskell’s Klokkenluider and will soon star in the leading role of Liv in Wilderness for Amazon.

Aidan Turner was most recently seen playing the role of ‘Joe O’Loughlin’ in The Suspect for ITV.

He was born in Dublin, Ireland in 1983 and after graduating from the Gaiety School of Acting in 2004, Aidan appeared in a number of stage productions, many with Ireland’s national theatre, The Abbey. Such productions included The Plough & The Stars, Romeo & Juliet and A Cry from Heaven. In 2008, Turner made the transition to movies and television with a lead role in the film Alarm and a co-starring role in the popular Irish TV drama The Clinic.

In 2009, he moved to the UK to take on a starring role in BBC’s acclaimed Being Human. Aidan played “Mitchell” for 3 seasons during which time he also starred in BBC’s Desperate Romantics and BBC’s top-rated TV movie Hattie. In 2011, director Peter Jackson cast him in the role of “Kili” in JRR Tolkien’s The Hobbit, for which he won Empire Magazine’s ‘Best Male Newcomer’ award.

In 2014, he was cast as Poldark in the BBC remake, which premiered to excellent ratings and reviews in the UK in March 2015 and also in the USA in June 2015. The BBC programme also aired across Europe and Australia and came to an end at its fifth series.

In 2015 Aidan took a role in The Secret Scripture so he could work with one of his favourite directors, Jim Sheridan. He also voiced a role in the first painted animation movie, Loving Vincent, co-starred in the dark comedy, Look Away and starred in the BBC mini-series, And Then There Were None.

In 2018, he played the leading role of “Padraic” in The Lieutenant of Inishmore for which he won Best West End Stage Debut and What’s on Stage award for Best Actor.

In 2019, Aidan completed shooting on Terrence Malick’s forthcoming feature film, The Way of the Wind; and earlier in 2019, he appeared opposite Sam Elliot in the independent film The Man Who Killed Hitler and Then the Bigfoot, written and directed by Robert D. Krzykowski.

He played the title role of “Leonardo da Vinci” in Leonardo for Sony, which aired on Amazon in 2021 and he has recently completed filming on the television series FIFTEEN LOVE, written by Hania Elkinkton also for Amazon.

In early 2022, Aidan played the role of “Barney” in the cult classic BBC comedy, Toast of Tinseltown.

Josie is a theatre and film director, and the former Artistic Director of The Donmar Warehouse and The Bush Theatre, where she found and moved the theatre into its new home.

Her productions as director at the Donmar included; The Recruiting Officer, Saint Joan, Les Liaisons Dangereuses. Coriolanus, Measure For Measure, Sweet Charity, The Vote, The Machine (for the Manchester International Festival and Park Avenue Armory) and Privacy, also at The Public Theatre, New York. She also directed The Weir, which transferred to London’s Wyndham’s Theatre and the musical City Of Angels, which won the Olivier Award.

Her productions of Coriolanus, Saint Joan and Les Liaisons Dangereuses have been broadcast into cinemas around the world with NT Live.

Further theatre directing includes: Much Ado About Nothing with David Tennant and Catherine Tate and productions for: The National Theatre; The Young Vic; Chicago Shakespeare; The Royal Court and The Royal Shakespeare Company.

With James Graham, Josie created and she directed The Vote: a new play for theatre and television, broadcast live onto More4 on General Election night and watched by over 650,000 viewers. The Vote received a BAFTA Television Award nomination for Best Live Event.

Josie served as a Non-Executive Director of Channel 4. She is a Vice President of The London Library and a Member of the Council of Reference for the Westminster Abbey Institute.