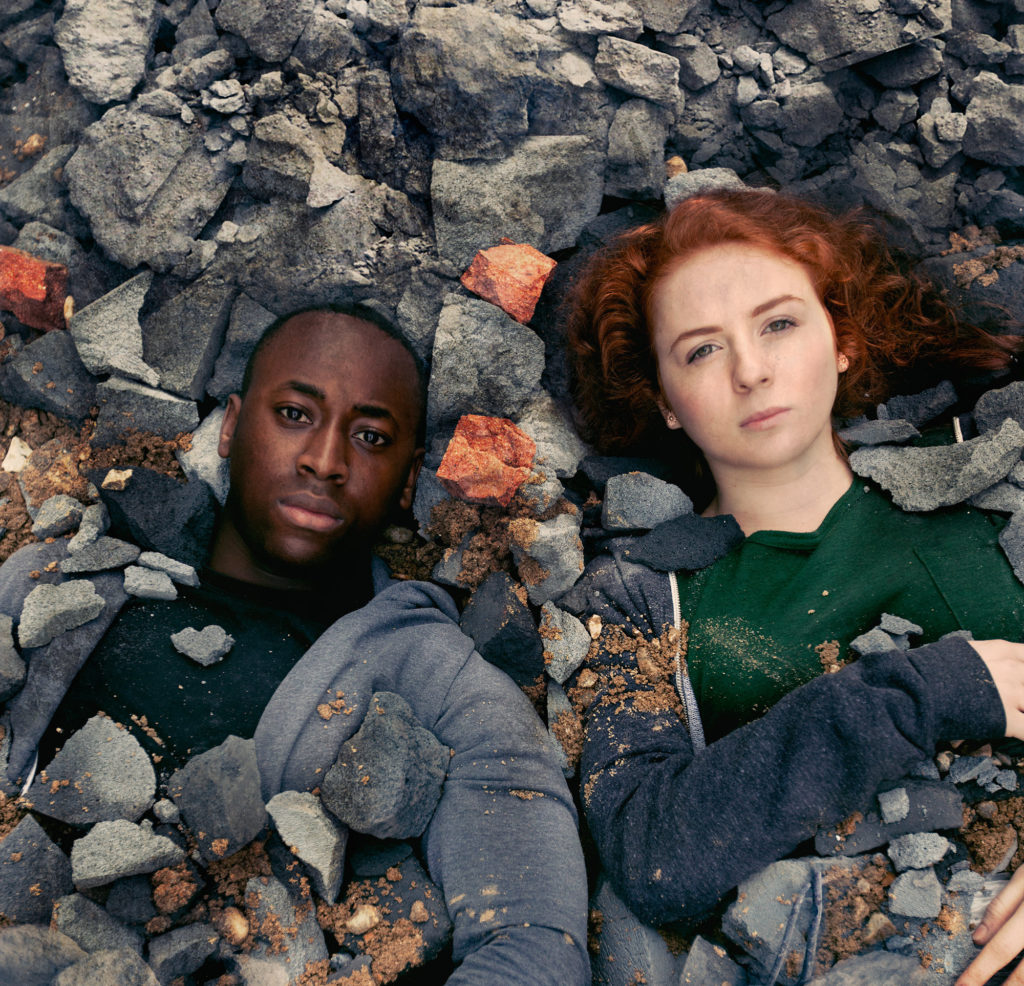 “Like mushrooms babies grow in rubbish. They construct themselves from rotting leaves, coke cans, syringes and empty packets of monster munch and wait for their parents to find them. I know this to be the truth. Because I found one.”

An odyssey of love and loss, pain and imagination, Debris is an unreal journey through two disturbed minds. Enter the dark and chaotic world of orphaned teenagers Michael and Michelle. They are desperate to piece together their story; work out where they came from and find hope and meaning amongst life’s debris

“This production…has a passionate intensity that holds its audience spellbound.”★★★★★, British Theatre Guide

“Won’t fail to entertain anyone who likes their theatre to challenge or provoke” ★★★★, WhatsonStage