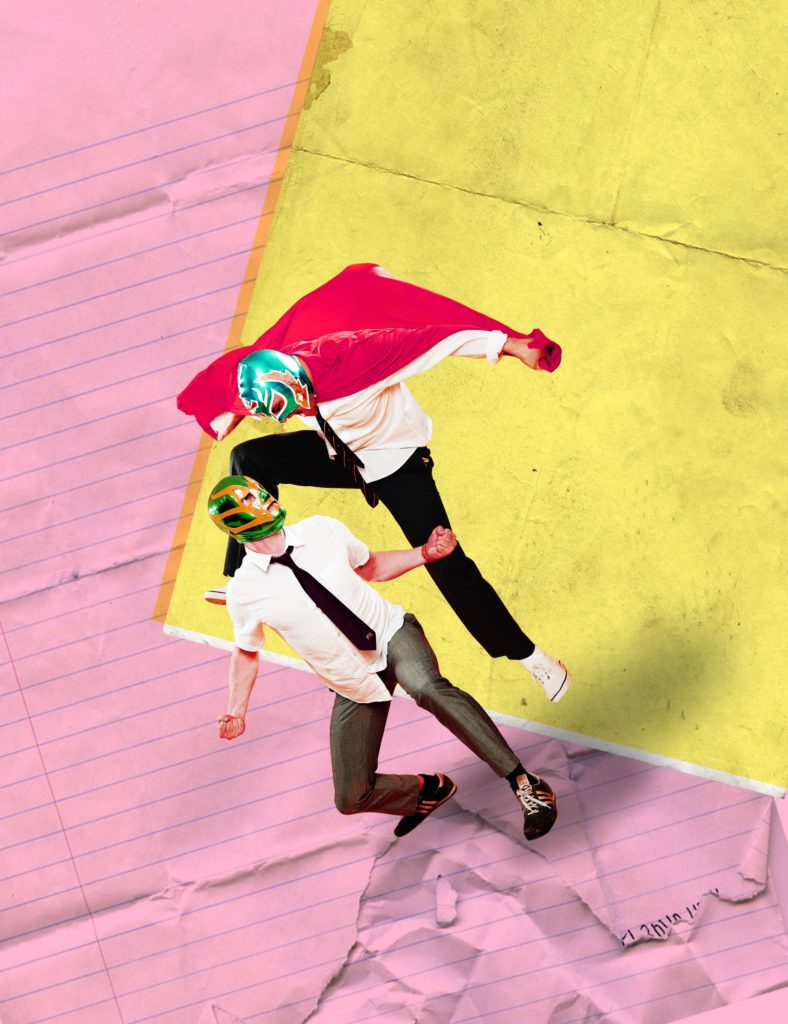 Max is a normal-ish kid in a normal-ish town. He spends his days daydreaming and hanging out with his weird wee pal Stevie Nimmo. But when Max is called for his first Square Go, a fight by the school gates, it’s his own demons he must wrestle with first.

Featuring an original soundtrack by members of Frightened Rabbit this unmissable collaboration between Fringe First-winning writers Kieran Hurley (Heads Up) and Gary McNair (A Gambler’s Guide to Dying) is a raucous and hilarious new play about playground violence, myths of masculinity and the decision to step up or run.

‘Finn den Hertog’s production is – there’s no other way of putting it – brilliant, brilliant fun’ ★★★★★ The Stage

‘Fast moving and… thrilling’ ★★★★ The Scotsman

“Accessible, highly entertaining and with a resonance far wider than its immediate setting” ★★★★★ The National

‘Has the feel of a new Scottish classic’ ★★★★★ Broadway World

FINALIST Drama Desk Award for Outstanding Music in a Play

FINALIST Critics Award for Theatre in Scotland for Best Ensemble