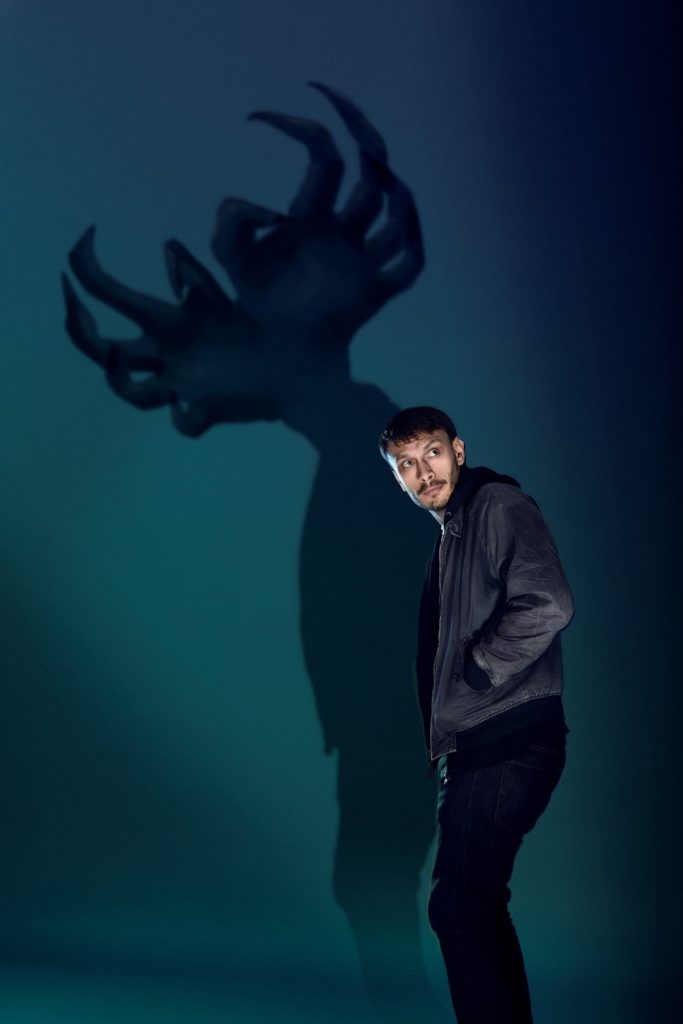 ‘I did question whether I deserved it. Where did my wrongdoings stop and hers begin?’

When award-winning comedian Richard Gadd offers a stranger a free cup of tea, he has no sense of the nightmare to come. One act of kindness. Six years of torment.

A courageous, compelling and deeply affecting performance, which left many in the audience speechless.” ★★★★★ British Theatre Guide

“A haunting, unsettling monologue about the nature of obsession” ★★★★★ The Evening Standard

“Gadd has transitioned from comedy to theatre with a disgraceful grace.” ★★★★ Whatsonstage

“Jon Brittain’s production tightens its grip with terrible inexorability, and Gadd performs it as if living the horror afresh.” ★★★★ The Guardian

“Baby Reindeer will follow you all the way home.” ★★★★ Financial Times

“A bleakly adrenalised roar of a show” ★★★★ Timeout

“The sheer crucible of hate and other raw emotions Baby Reindeer unleashes continue to disturb long after its conclusion.” ★★★★★ FEST

“I’ve never been frightened of an item of furniture before but there is indeed a first time for everything.” ★★★★★ Broadway Baby

“As taut as a classic thriller” ★★★★★ The National

“A majestic performance – a reckoning, an exorcism” ★★★★★ The Stage

“Many shows search for hard hitting truths, but few reach the level of sincerity that Baby Reindeer does” ★★★★ A Younger Theatre

Gadd gathered much acclaim for this taut 70-minute show when in debuted at the Edinburgh Fringe. Away from the heightened critical reactions the festival foments, it’s clear he deserves every bit of it.” ★★★★★ Chortle

“A vital story, brilliantly told by one of the most innovative artists on stage at the moment. A must-see.” ★★★★★ British Theatre

WINNER Olivier Award for Outstanding Achievement in an Affiliated Theatre

NOMINATED Olivier Award for Outstanding Achievement in an Affiliate Theatre

The West-End run of Baby Reindeer has been postponed until we have clearer guidance from the government regarding the re-opening of theatres.

The New York run of Baby Reindeer has been postponed indefinitely.