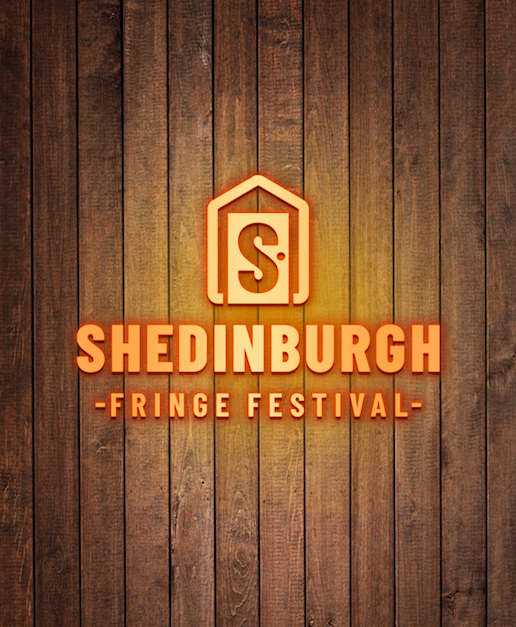 THE STORY SO FAR

In 2020 Producers Francesca Moody and Harriet Bolwell and writer, performer Gary McNair conceived SHEDINBURGH FRINGE FESTIVAL, an online festival of the best of the Fringe stalwarts of theatre, music and comedy, all performed live from two sheds at the Traverse Theatre in Edinburgh and Soho Theatre in London as well as remotely at artists own sheds and streamed into people’s homes over August.

Created as a directed response to the uncertain future facing both venues and artists in 2020, SHEDINBURGH’s objective was to shout loud about the Fringe’s vital role in global culture, celebrate its past successes and breakthrough artists and provide a platform for the talent that would have been on had the Edinburgh Festival Fringe not been cancelled.

Launched just 8 weeks after the initial idea came to the team, SHEDINBURGH captured the hearts of Fringe fans from across the world from Edinburgh to Adelaide, to Tokyo and Texas, selling over 4,500 tickets to 25 events, raising over £20,000 towards the Shed Load of Future Fund, to help new artists bring their work to the Edinburgh Fringe. The festival featured work from artists including Tim Crouch, Sara Pascoe, Deborah Frances-White, Innua Ellams, Nassim Soleimanpour, Tobias Menzies, Rosie Jones and Ahir Shah.

For SHEDINBURGH 2021, VAULT Creative Arts came on board as co-producers alongside Francesca Moody Productions and Popcorn Group. VAULT Creative Arts are the producers of the award-winning VAULT Festival, the UK’s leading independent showcase of live performance and artistic talent, as well as producers of unique cultural events, festivals, and opportunities for artists. Popcorn Group develops and produces innovative and provoking content across film, TV, and theatre.